Disclosure: I received press passes to attend this event. No other compensation was received and all opinions expressed are my own. 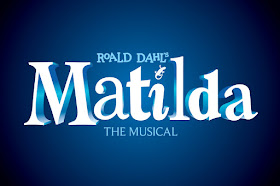 I'm so excited for summer, because that means another season of exciting Broadway productions at one of my favorite Kansas City theaters - Starlight Theatre! I was able to catch a performance of Matilda the Musical this week at Starlight, and it was simply delightful. Keep reading for more info on the show and to find out how to get tickets.

Matilda is based on the beloved children's book by Roald Dahl - but surprisingly, I have never read it! I also have never seen the movie adaptation, so this was a completely new experience for me.


I went in with not a lot of expectations, since I was so unfamiliar with the tale. I was wildly impressed. So, if like me, you have no idea what this story is even about, here's a synopsis:

In a world where most parents believe that their children are precious miracles, Matilda Wormwood’s parents think that she is nothing more than a “lousy little worm.” How wrong they are! Brilliant, brainy, bold and brave, Matilda really is the most special and miraculous kid imaginable.

Bullied mercilessly by her father and her dance-obsessed mother, Matilda still stands up for what she believes is right, even if that means breaking the rules and being “naughty.” Though Matilda is little in a world ruled by adults, she doesn’t let that deter her from exercising her own brandof justice. As she tells us, “You mustn’t let a little thing like little stop you...if it’snot right, you have to put it right!”

Neglected by her greedy, scheming, vulgar parents, Matilda is left to fend for herself, spending her days in the library, hungrily reading everything she can. Here she is drawn into an imaginary world, weaving fantastical tales of her own that keep Mrs. Phelps, the story-loving librarian, on the edge of her seat.

While Matilda yearns to attend school and escape her awful parents, she soon learns that Crunchem Hall Elementary is no better than home. Under the iron fist of Miss Trunchbull, a child-hating, hammer-throwing headmistress, school turns out to be a terrifying place where children are punished by being thrown in the “Chokey,” a dark, narrow cupboard with spikes in the walls and nails sticking up from the floor.

Matilda’s one solace amidst all of this terribleness, besides her books and stories, is her teacher, Miss Honey, who recognizes how truly special and gifted Matilda is. Though Matilda may be little, we soon come to learn that she is far from powerless, and with the help of her schoolmates and Miss Honey’s courageous support, Matilda discovers that she has a remarkable power with which to fight back. Will she be vanquished? It could go either way!


The tour features four young ladies sharing the title role of Matilda and the performer the evening I attended was Savannah Grace Elmer. She captivated the audience with her antics and charm in the song Naughty and held our attention until the very end. The rest of the cast was top-notch and delivered the show with excellent timing. Standout characters for me (besides Matilda) included Mr. and Mrs. Wormwood (Matilda's parents, played by Brandon McGibbon and Darcy Stewart), Lavender (Charlie Kersh), the Doctor (Justin Packard - hilarious and loved his vocals), and Bruce (Ryan Christopher Dever).

The show is appropriate for an audience of all ages, with no content that I found offensive. The kids around me in the audience were a little confused as to why the role of Miss Trunchbull was played by a man (David Abeles), but it was a creative casting choice that was not done in an offensive manner and added some additional comedic perspective to an already funny story.


The music is catchy and memorable, the supporting characters were hilarious, and the audience was thoroughly entertained all evening. Amidst the hilarity of the zany characters, we grew to love Matilda and her teacher, Miss Honey. There were a few moments I was brought to tears - specifically the song When I Grow Up, which in addition to lovely, thoughtful lyrics, featured an onstage playground with kids swinging out toward the audience (photo above). There aren't words to describe it - the simplicity of kids on a swing presented in such a fashion was majestic and unlike anything I've seen onstage in the past.

Overall, the creativity and heart of the show was just what I needed in a night out - I wish I had time this weekend to see the show again! This may be the don't-miss show of Starlight's 2016 season.

Thanks to Starlight Theatre for providing my tickets to the show. I received no other compensation and all views expressed are my own. For more information, you can read my Disclosure Policy.
posted at 7:00 AM
Share